[QUOTING] Let us pose the obvious question, the one logical problem: 'How can the fallen human-being become a god again? How can... 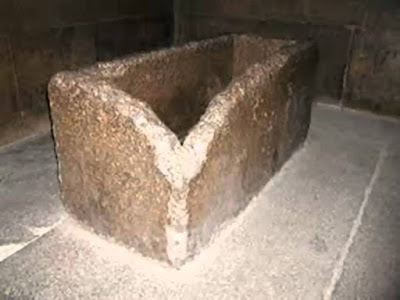 BrotherGee
Everyone’s Divine Spark forms an integral part of the microcosm, man’s spiritual structure. Those who make this Divine Spark, this Rose of the Heart, the leading principle in their lives are at the dawn of a drastic inner process: the Transfiguration.

The present personality will then gradually make room for a new Personality.

This new Personality will no longer be nourished by earthly energies but by Original Cosmic Forces.

In the course of this process of Transfiguration the personality of the “old” human entity merges with a Spiritual consciousness, which reconnects it with the Original, Divine Life.

Never has The One Goal of Humanity been more attainable than it is at the end of this present world-cycle. Aquarius, the Water-Bearer, is pouring out the Grace of an Age over all of mankind, in order to help those who will, to begin this glorious Transformation.

We are meet at The Borderland.

May we all step across this border and into the New Heaven and New Earth, in Group Unity.

Your Protection Against Deception

There are million who, strictly speaking, are our fellow creatures. And among all these companions of race and fate there are many who take a certain standpoint with respect to others. Think of the many authorities to be found in the world, who say to you: 'This is what we say; listen to us. We know all about it; we can do it. Take such-and-such a course; this is what you must do.' Indeed, there have often been times in which those in authority have exercised compulsion, posing a threat to life and liberty. The brothers and sisters of the Tri-Unity of Light, of Grail, Cathar and Cross with Roses, could tell a tale about that!

Today, too, there are again developments which practice coercion of the conscience, in small things as well as in major issues. In many fields of life, with all kinds of motives, coercion of the conscience is flourishing anew. Tyranny is exercised by families, for instance, and in many countries by groups. We are also thinking, here, of the many inhabitants of the reflection-sphere and the life-waves which populate the etheric domain, of those who dwell on other planets and of the aeons and the archons of the aeons. Among them are those who have become extremely powerful as creatures and who glorify themselves with the names of gods, or are awarded such names by others. There are also the hordes of perpetrators of the Great Game*. In short, there are myriads of creatures with myriads of possibilities for betrayal, deception and coercion. And all of them are telling you: 'We possess the Good!'

And now we consider the Seeker, in the ocean of life, as a creature among fellow creatures. It is as if he has been submerged, and is being tossed to and fro by the waves.

Most of our readers, too, have been genuine seekers since their youth. You have been searching everywhere, haven't you? And think of all the vast quantities of literature you have devoured! And isn't it true to say that it was as if by coincidence, through a combination of circumstances beyond your control, that you came into contact with the Spiritual School of the Golden Rosycross?

What should the Seeker do amidst the fire of his seeking? Where should he go? What is being done to him? Where are the tides of life driving him? Thousands of voices ring in his ears: 'The Good is here!' What will become of him? For in the totality of Creation, evil takes many forms. That is why the observation is made that what is considered 'good' here, in the world of dialectics, is at best the smallest part of evil.

Who could distinguish the truth among all those wraith-like forms, among all those shadowy notions which present themselves to us? Who is able to see through all that pretense, all that delusion, all that nefariousness? How could one possibly make sense of all that immeasurable chaos? Who could remain standing in the midst of these wildly proliferating dangers? Surely it is just not possible?

Yes, it is possible! We have already given you the necessary directions. If you wish to become a priestess or priest of the Gnosis, if you want to be an Aesclepius, a healer of mankind, do not be attached to anything, neither by love, nor especially by hate. Be purely objective, well-disposed to the last, but not attached. Do not listen to any voice, any impulse, any suggestion. Our words, too, you should not accept a priori as true. Be of goodwill, and remain unbiased until from within you discover something of the Truth.

We repeat, do not listen to any voice, do not pursue the fleeting urges of your sensory organism. Stand without conceit as the autonomous creature amid the All-Manifestation. But at the same time, be extremely watchful, for as soon as you begin to enter into detachment, the entire host of aeons and archons will fall upon you. Many gods of creation, many entities who have achieved great power, will take an interest in you.

From "The Path of Self-Surrender" - The Egyptian Arch-Gnosis, Vol. III - Jan van Rijckenborgh

At this point in mankind's history the spiritual supermarket is overflowing with enticing selections, too many to enumerate here. Most mix a very tiny portion of the Truth with their toxic teachings. That tiny bit of authenticity speaks to what is True in the Seeker, and is usually enough to get him or her to buy into the larger, false portion of what is being offered.

Beware. A war is raging in the heavens. It is a war for men's souls. The protagonists will use every trick at their disposal to lead you away from the Truth, not by force, but by coercion. It will be your own choice that will free you or doom you. So be very careful as to what you lend your ear to.

Those of you who happen to be sensitive and are able to see into the invisible worlds or hear from them, place no importance upon what your physical senses are telling you. If you can detect something with your physical sense of sight or hearing then you can be certain that you are in contact with the reflection-sphere, the realm of the dead. Do not ascribe any undue importance to extra-sensory phenomena.